So for a few weeks now, Dasha has put me on a new workout and nutrition regime. She felt with all the lenses I have to carry around for our wedding shoots, I needed to bulk up a bit. Here are the results; 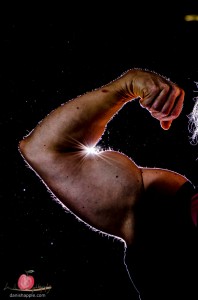 The Arm of a Champ! 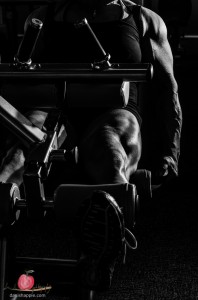 All in all, I think I’ve made significant gains with my krispy-kreme donut free diet…. 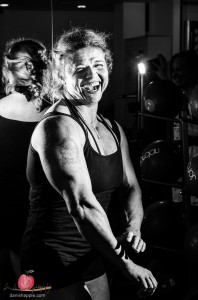 Truth be told, the amazing Tamara Makar seen above, the NAC 2012 Female Bodybuilder World Champion, was generous enough to spend some time with us in the gym. Rather than take up her challenge of a benchpress one-on-one, we all agreed it was unfair on her to be pitted against someone with less muscles than her little finger and instead opted for a photoshoot. The photos speak for themselves – Tamara has got muscles, a lot of them, and it seems no matter which way she turns there’s more muscles hiding on her than you can shake a 50 kilo stick at. 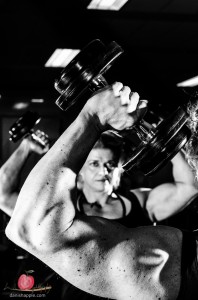 Eyeing up the reflection 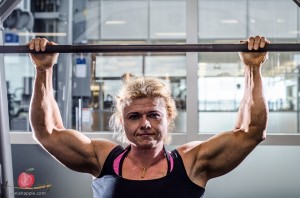 As well as the shots you see here, it gave us the opportunity to take some body-building pose shots, which Tamara can use to compare her physique nearer to the time of her next competitive event. The plan is to get together again then and I hope to be able to share some more of her awesome physique when we do – keep an eye on the blog or follow us on facebook and twitter to keep up to date. See more of what Tamara is up to on her blog or facebook page. 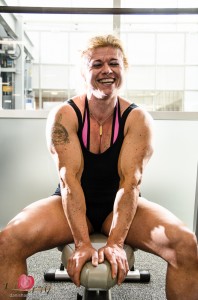 Hello. remarkable job. I did not anticipate this. This is a great story. Thanks!

[…] I mentioned in the previous blog post we had a great time photographing Tamar Makar. We agreed to hook up again when she had blasted […]