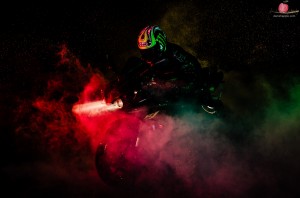 I’ve been meaning to share this one for a little while now. I’ve done the odd bit of motorbike photography before but I wanted to do something a little different.

Some of you may have noticed you can now follow us on Instagram! We are using it to post up the occasional behind the scenes so people get an idea of what it takes to capture some of the images we share, both on the blog and on our Facebook page.

Above is an image we haven’t yet shared… if you don’t want to spoil the magic, stop reading now…

… seriously, don’t read any further than this… just go back up and enjoy the image…

… for the rest of you, start by going over to our instagram page and you will see the behind the scenes – yes, it was still light out. No, the motorbike was not moving.

We used a smoke machine, one of my favourite little toys (and one that with a bit of luck we may also get to use at a wedding later this year!) for adding ‘drama’ to some images. In this case, we supplemented that with some coloured flashes for that ‘brake lights ahead, green traffic lights to the rear’ look. I took cues for the lighting for this from a guy called Gregory Heisler, who is an absolute genius when it comes to lighting. Now, I’m not going to profess to being anywhere near the same level as this guy but he made an impression on me when I saw him at GPP London for the first time late last year. He described how he approaches his ‘artificial’ lighting from the point of view of trying to hide it altogether, and use it mainly to try and show what is already there… as an example, you have a photo indoors in room with four walls and no windows, a single light in the corner of the room… most people would look to light the whole room up nicely and cleanly. What Greg does is aim to emphasize but build on that single light in the corner, so that the scene, although perfectly lit, will still only look like it was lit by that one light in the corner.

It’s a very smart and effective way of thinking when it comes to lighting with flashes – what does the scene you are photographing bring with it, how do you accentuate and perhaps build on that, rather than create your own cool light from nothing (which is great fun, but not always the right approach, especially if you are trying to capture the ambience of a particular environment).

To a degree, I got pulled into the ‘cool lighting’ dilemma here, because as well as trying to emulate a particular type of scene (i.e. wet road in the night) I was also trying to actually make this look rather awesome for the chap that had asked for some portrait shots (yes, this was from a portrait session!). So we added a couple of other lights (one behind the bike with a yellow gel which brought in the reflections in the wet ground and a ringflash for ever so slight fill from the camera)…. oh, and since we didn’t have quite enough rain, what you don’t see in the behind the scenes is that Dasha was standing off to the left of the picture with a water hose aimed up and over the motorbike!!!

Yep, it was awesome!! 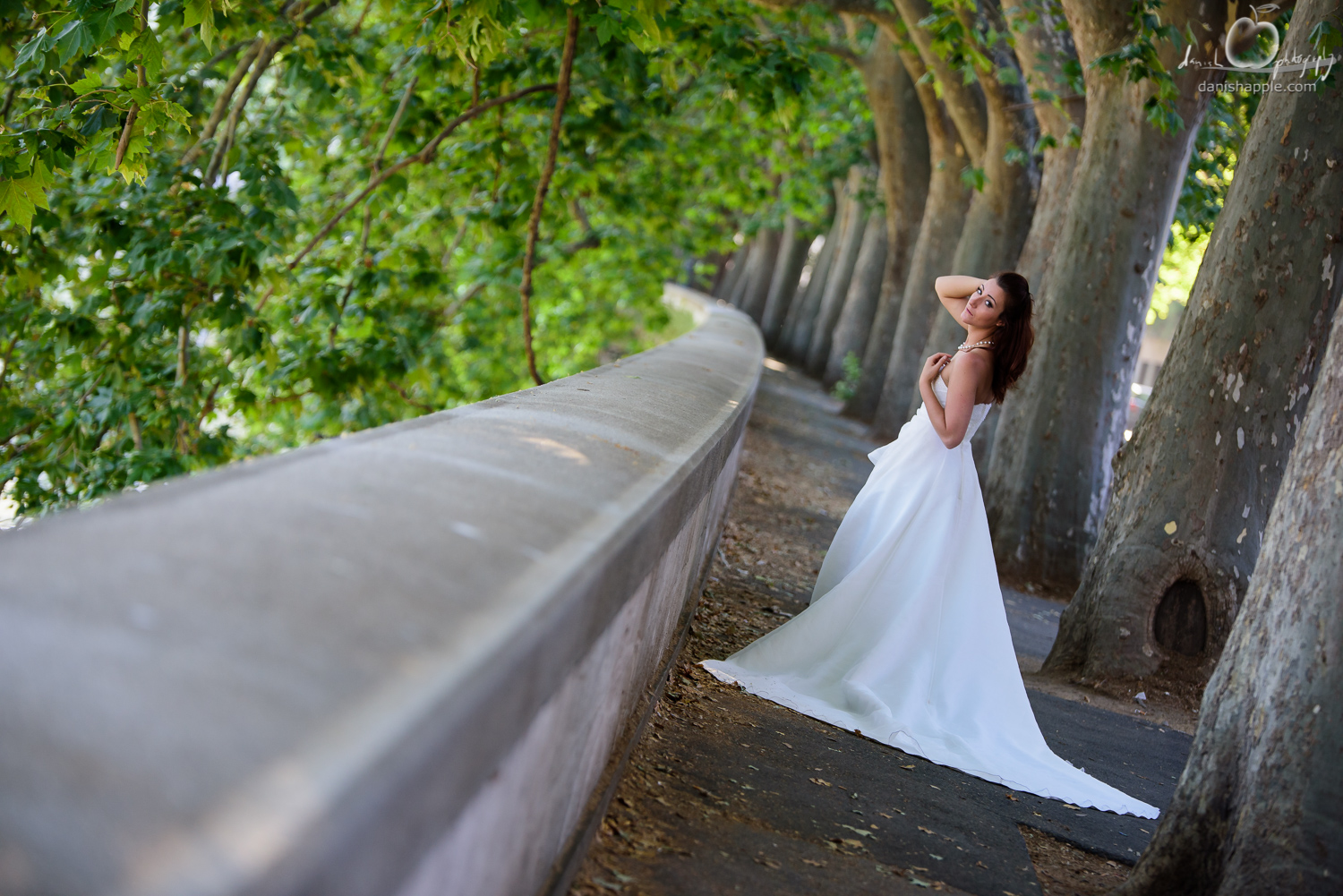 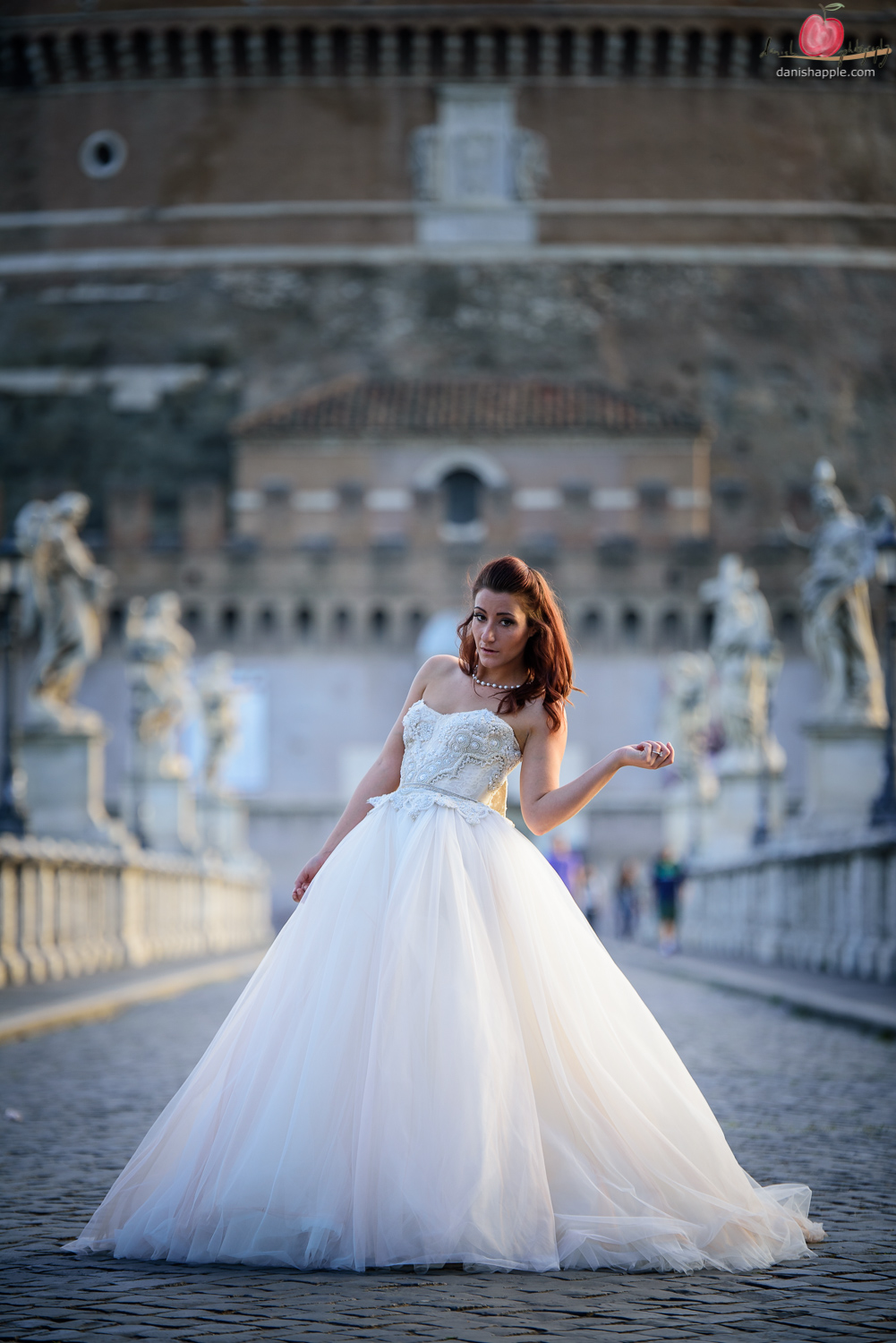