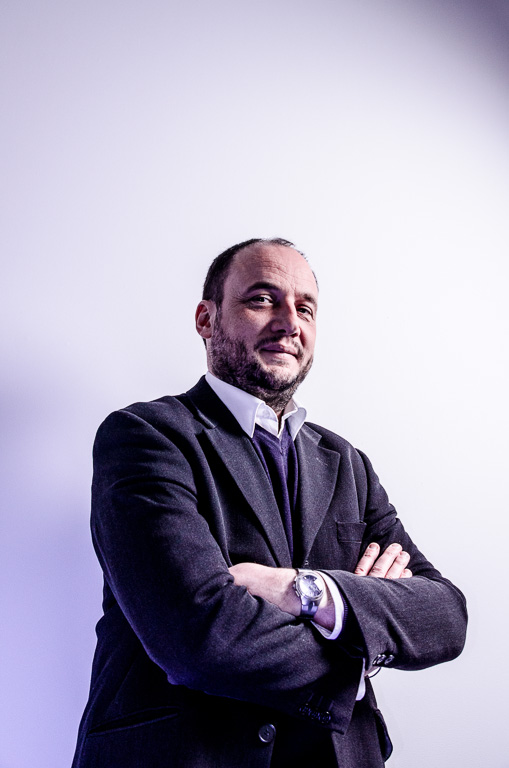 This is Tim. He was a really nice guy I was asked to shoot together with his team over at Community Council for Berkshire an independent charity working to empower local communities in Berkshire. You can find out more about them here.

Tim is, in fact, the CEO of CCB, and as such, I immediately knew what we should do and by definition what he was entitled to – a hero shot. That ever so slight glint of “I’m Da Man” in his eye, the quiet but imposing power smile and, of course, the super-cool watch on the wrist (“I think it’s a Pulsar…” Ok Tim, so let’s pretend it’s Jaeger-Lecoultre anyway…)

This picture speaks for itself not because of how it’s taken but because of the subject. Whether Tim felt like it at the time or not, his final images come across as being quite the natural in front of the lens. It was a pleasure working with him. In fact, all of the team at CCB were great fun to work with and I’ll share a few more of them later.

The setup was a rather straight forward and was shot in quite a small light grey panel-walled room. Camera left, low down and shooting up at Tim was a blue gelled Nikon SB-910 flash firing into a Westcott white shoot-thru umbrella. Up high, camera right was a Nikon SB-600 flash in a Lastolite Ezybox softbox, gelled with 1/2 CTO. A touch of post in Lightroom to boost the clarity and exposure. One of my favourite non-wedding shots of the year.

Brilliant photo, in fact the whole album of shots was superb. Excellent job!